A Dermatologists Guide To Rosacea 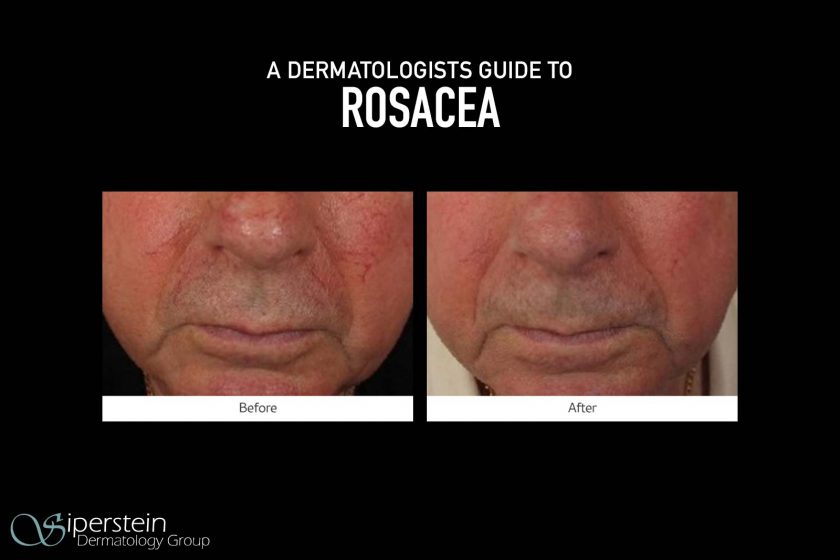 Have you noticed that your face is red and blotchy with bumps that are similar to acne? If so, then you may have a common skin problem known as rosacea. You’ll notice redness on your chin, forehead, nose, and cheeks. The red color can also appear on your chest, neck, head, and ears. Here is a short guide on what causes it, and how to treat it.

Rosacea usually affects fair-skinned people ages 30 to 50, but it can occur at any age. This skin condition can be hereditary, and it’s more common in women.

The most common symptoms (besides the flushed coloring) are burning and stinging sensations in the affected areas. Rosacea has four primary forms:

No one really knows what causes it, but there are likely many things that contribute to the condition. Dermatologists believe that patients with rosacea have overactive sensitivity in their skin that responds to normal stimuli compared to people without it.

Moisturizing is critical because dry, sensitive skin doesn’t have a healthy skin barrier. Certain types of rosacea may result from inflammation due to mites or bacteria that live in the hair and skin follicles such as Demodex. Some research illustrates that people with this skin condition have more Demodex mites on their skin that trigger the inflammation.

Other causes may be internal such as a hormonal imbalance or H. pylori infections of the stomach. Smoking is also associated with it.

It’s vital for successful treatment to understand what triggers your flare-ups. If you know to avoid these triggers it may help you keep your rosacea under control. Some common triggers include red wine, hot beverages or food, sun, or spicy cuisine.

Everyone has different triggers usually specific to their skin. It’s critical to pay close attention to what you’ve eaten or environmental factors that are associated with your flare-ups. Hopefully, you can find a pattern to help you avoid frequent occurrences of symptoms.

This skin condition can be detrimental to your quality of life and self-esteem. People with rosacea not only deal with the physical discomfort but suffer from the impact that it has on their appearance. Identifying the right treatment will greatly help your skin and self-esteem.

Rosacea severely impacts patients’ lives, but our office can help you reduce your flare-ups and identify possible triggers that cause the condition. We can give you your life back with methods that have helped thousands of people feel better physically and boost your self-esteem. Give us a call today!